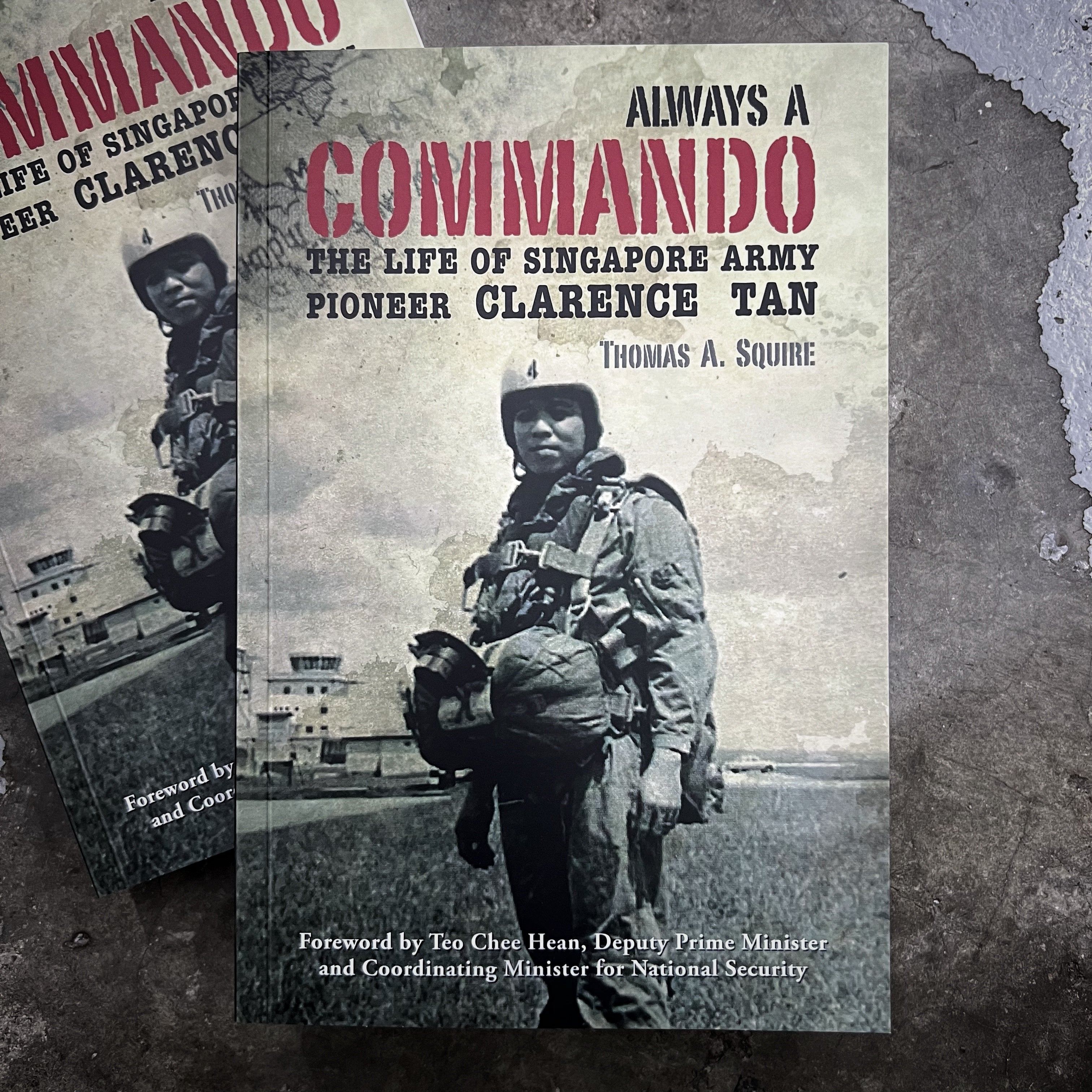 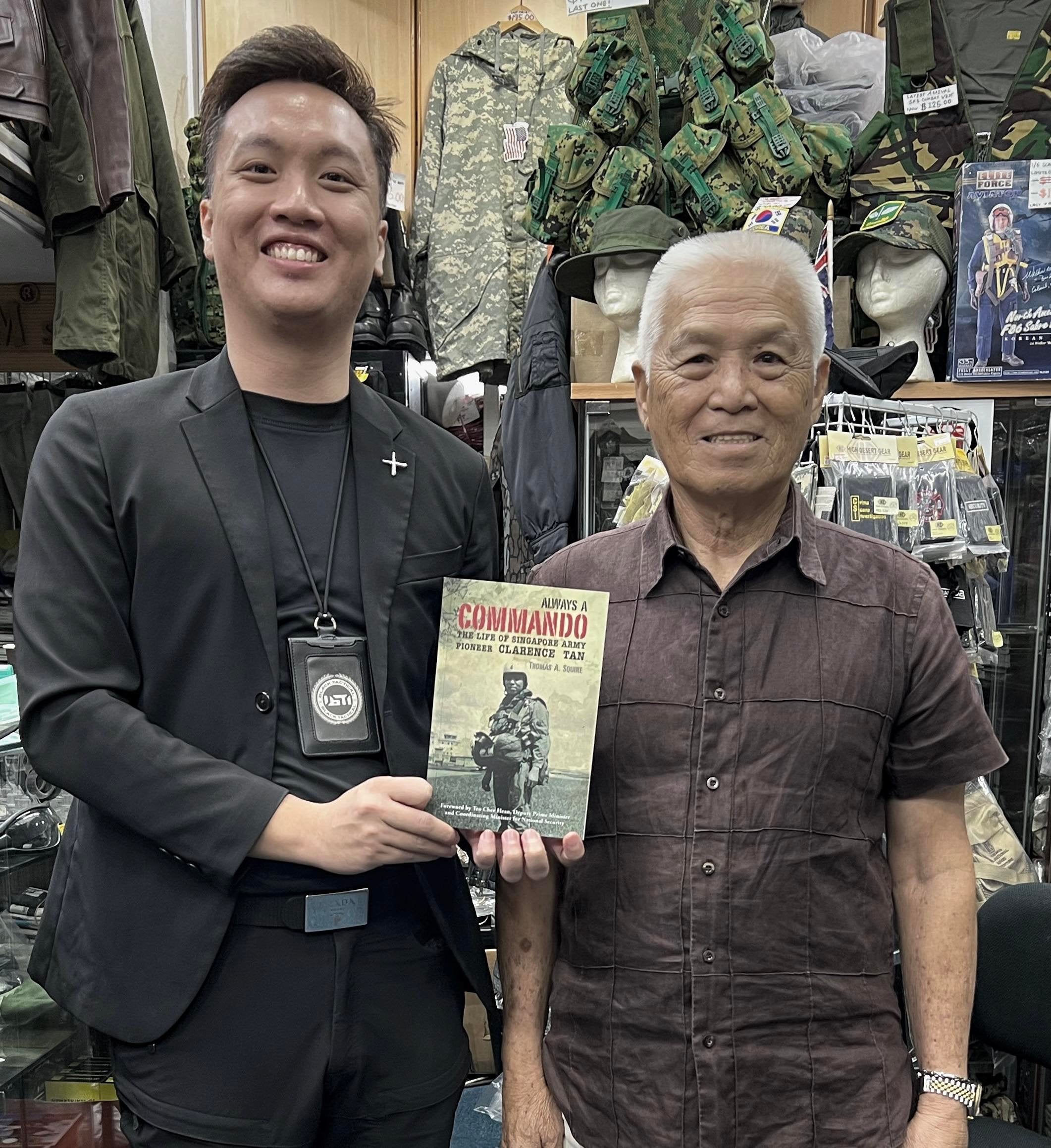 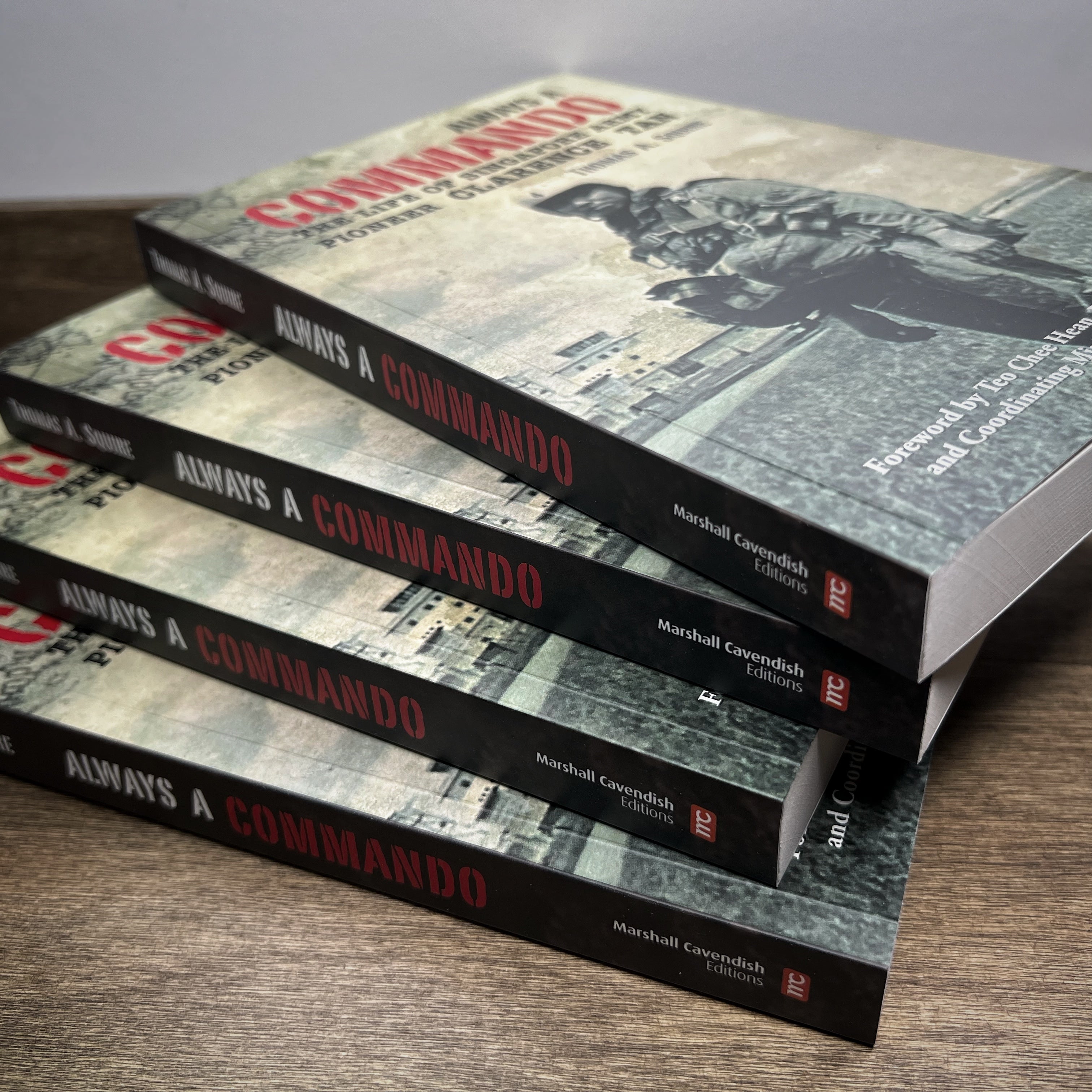 Specially Autographed by Clarance Tan Himself

Best known for his role in helping to establish the Singapore Armed Forces Commando Formation and as the unit's first commanding officer, Lieutenant-Colonel (Retired) Clarence Tan was born on his family's rubber plantation, just ten months before the Japanese invasion of British Malaya in 1941. As with those of his generation, his life spans the dramatic, often tumultuous years of Singapore's evolution from a primarily rural British colony to the world class cosmopolis it is today. From leading a platoon during racial riots in Singapore to searching for communist insurgents and Indonesian infiltrators in the jungles of Malaysia during the Emergency and the Confrontation, LTC (Rtd) Tan was part of both the British and Malaysian armies before becoming a pioneer officer in Singapore's defence force. For as surely as there are makers of history, there are those too who are made by history. Always A Commando is at once a compelling chronicle of one man's life from kampong kid to red beret and a rich evocation of the country he served through turbulent and uncertain times.

Thomas A. Squire was born and raised in Wellington, New Zealand, where he met his wife, a Singaporean working in Wellington at the time. Upon following her back to Singapore, he immediately became fascinated with the history of his new home. It was conversations with his father-in-law, a retired army officer, about his life in Singapore that was the genesis of Always A Commando. A pilot and mathematician by training, a tech worker by trade, Thomas has lived in Singapore for more than twenty years.