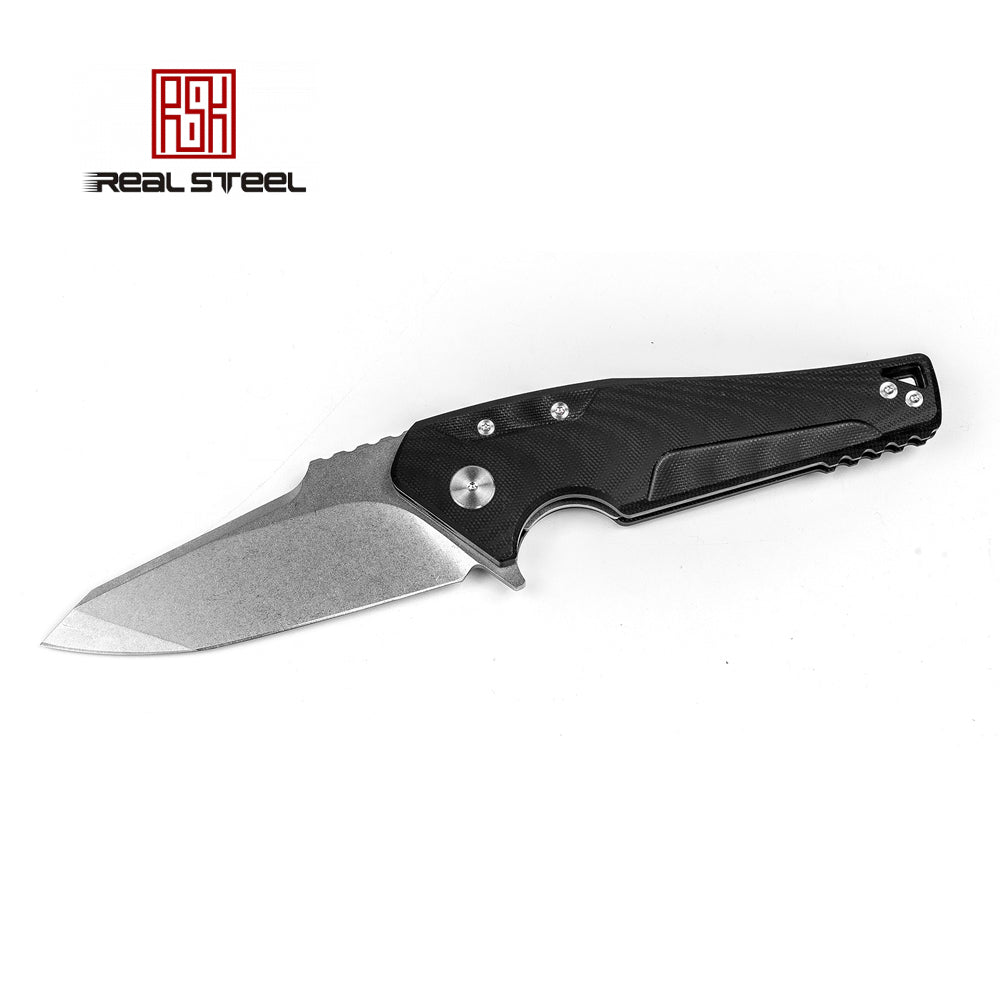 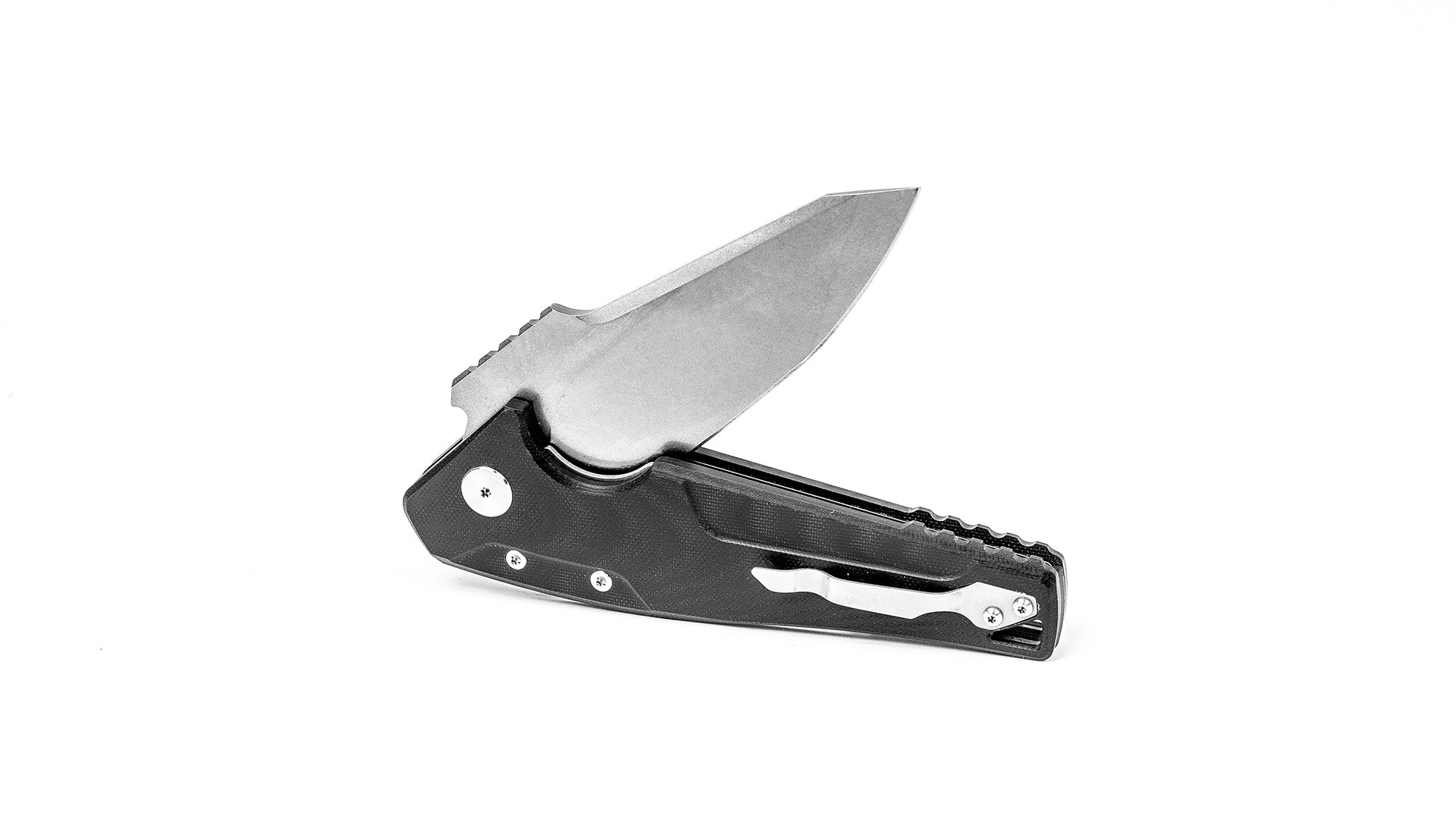 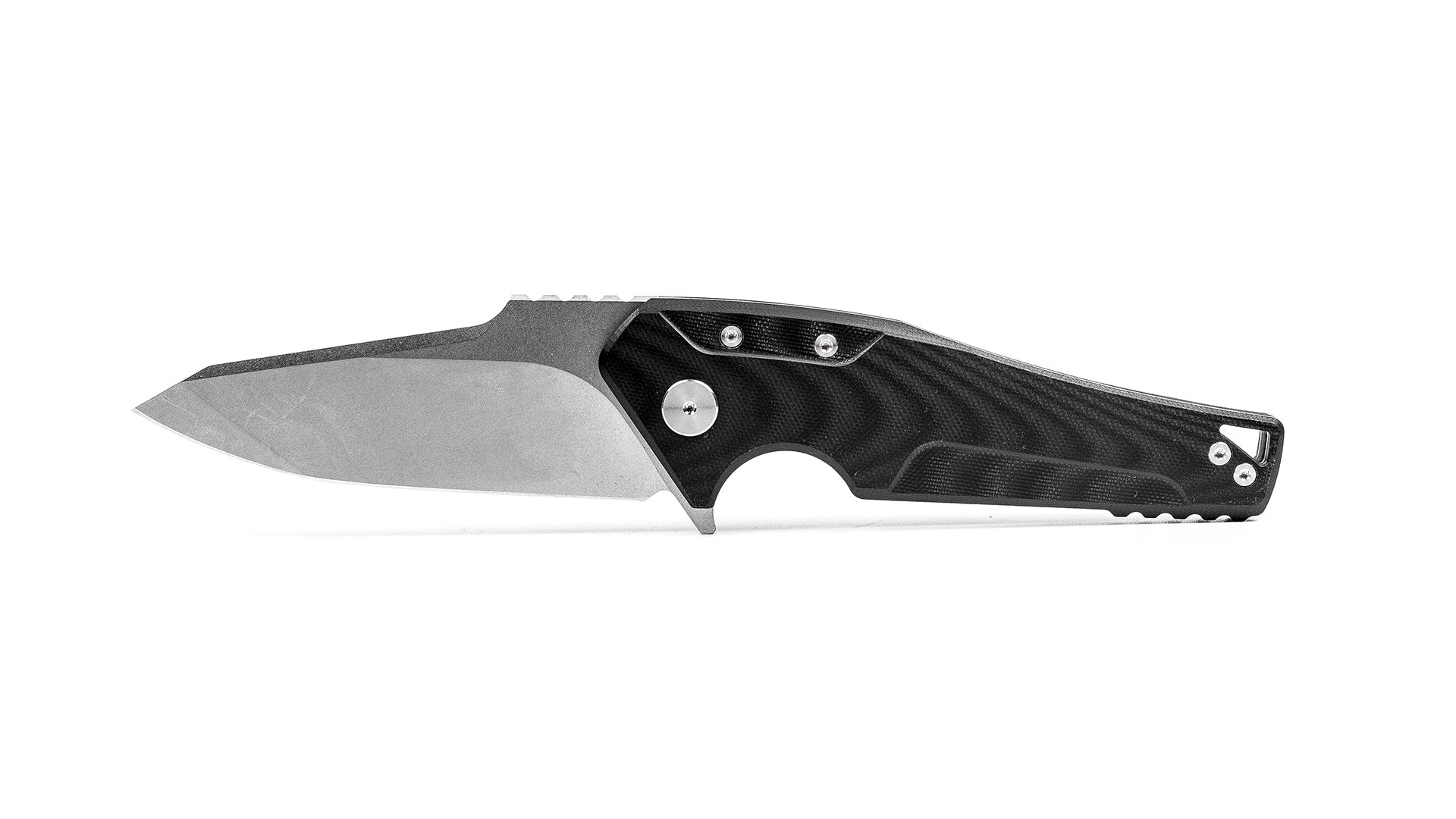 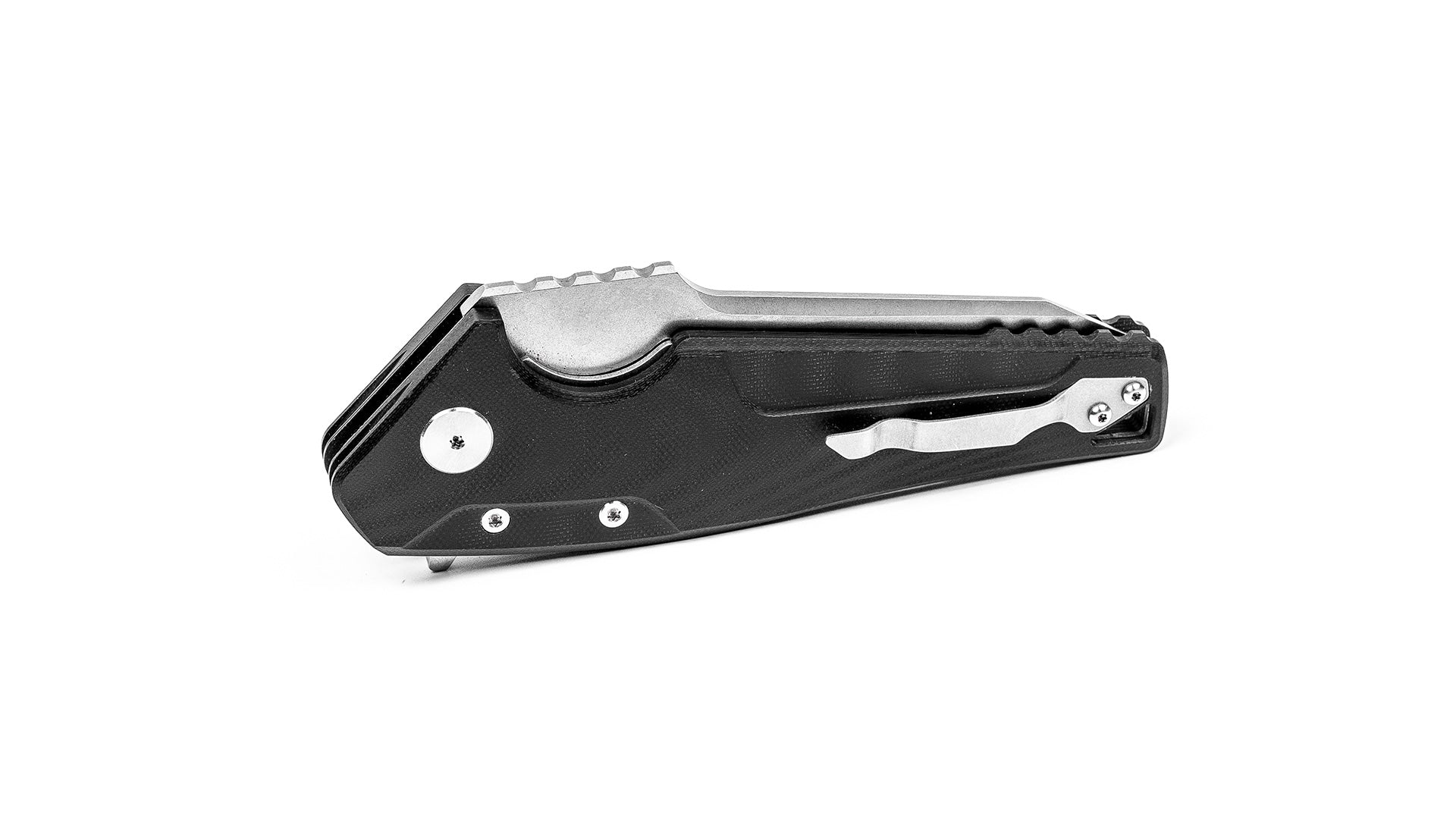 The Echo is the younger sibling of the Doppler. Designed by Torbe Designs and in keeping with his over-sized design aesthetics, the Echo can also be considered the folding version of the Doppler. The large Bohler K110 blade is the center peice of this knife, with more cutting face than your average knife.

The main difference with the Echo however is not its blade, which is different sporting a duplex grind, but the handle, which has been lengthened so the user can get far more purchase on the knife. This is essentially because the folding knife has no tang, whereas the Doppler provided a large amount of weight in the handle through the full tang.

The result of this is a light knife for its size which has been adorned with some very nice features in handle bolster screws and futuristic shaped pocket clip. The hard spaced jimping on the spine of the blade lend it to tough outdoor work. Similar to the tasks the Doppler can carry out, the Echo allows for heavy duty chopping, splicing and cutting. A large over-sized handle cutaway allows the wearer to use the knife while wearing gloves and offers that bit of extra added security. A flipper of this size should be handled with care and due diligence.