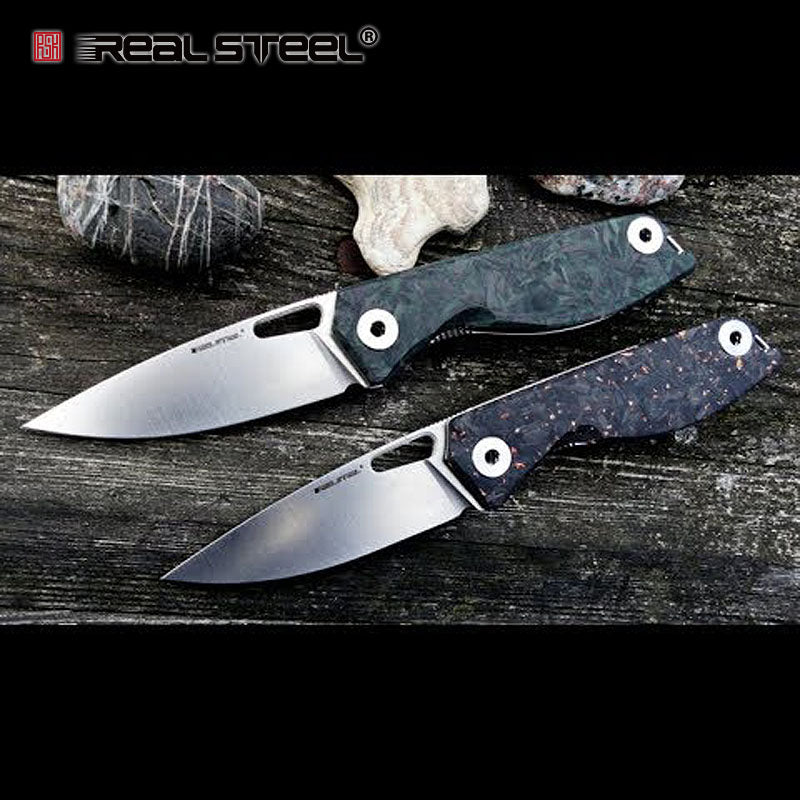 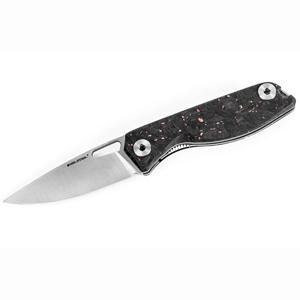 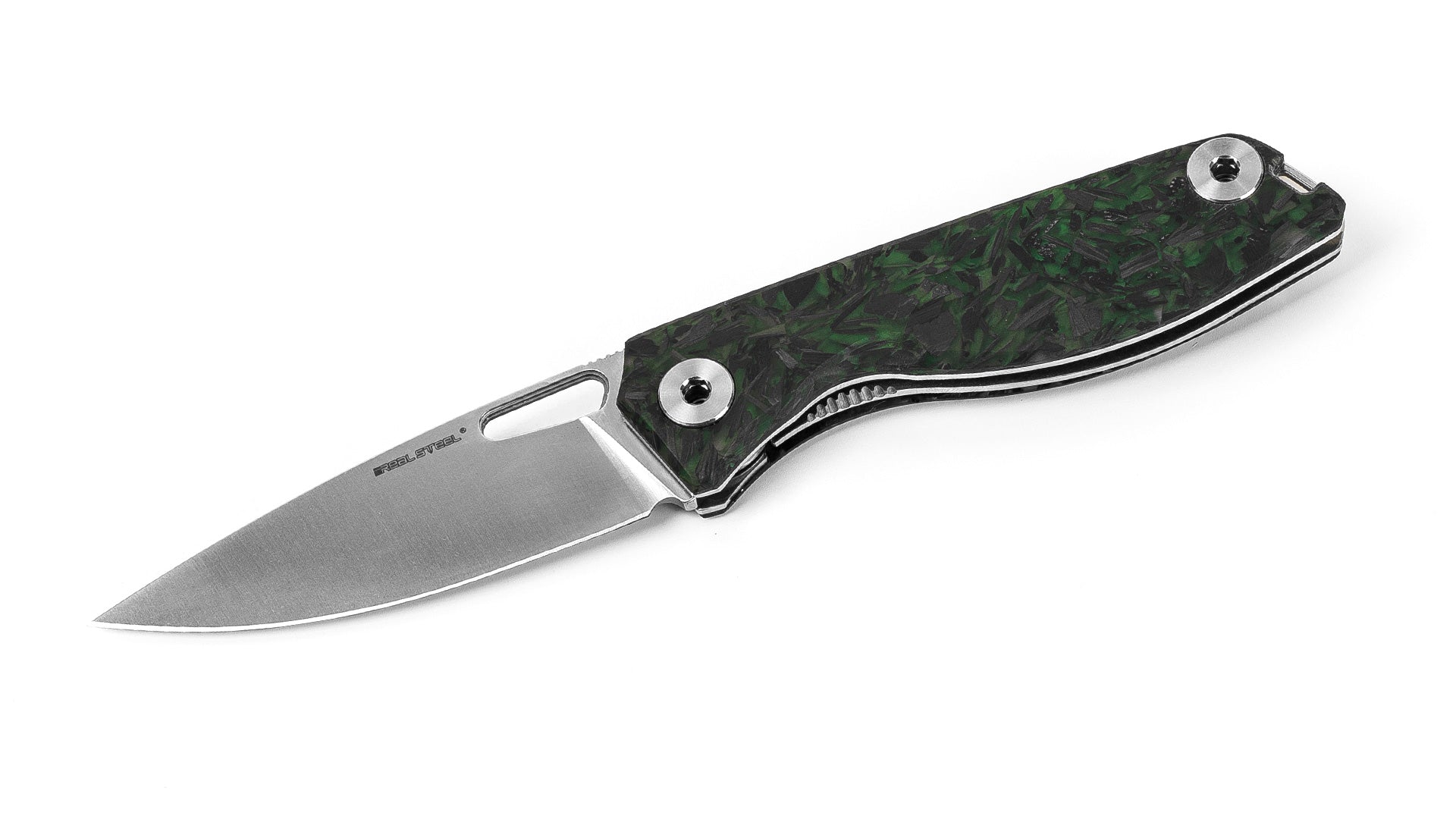 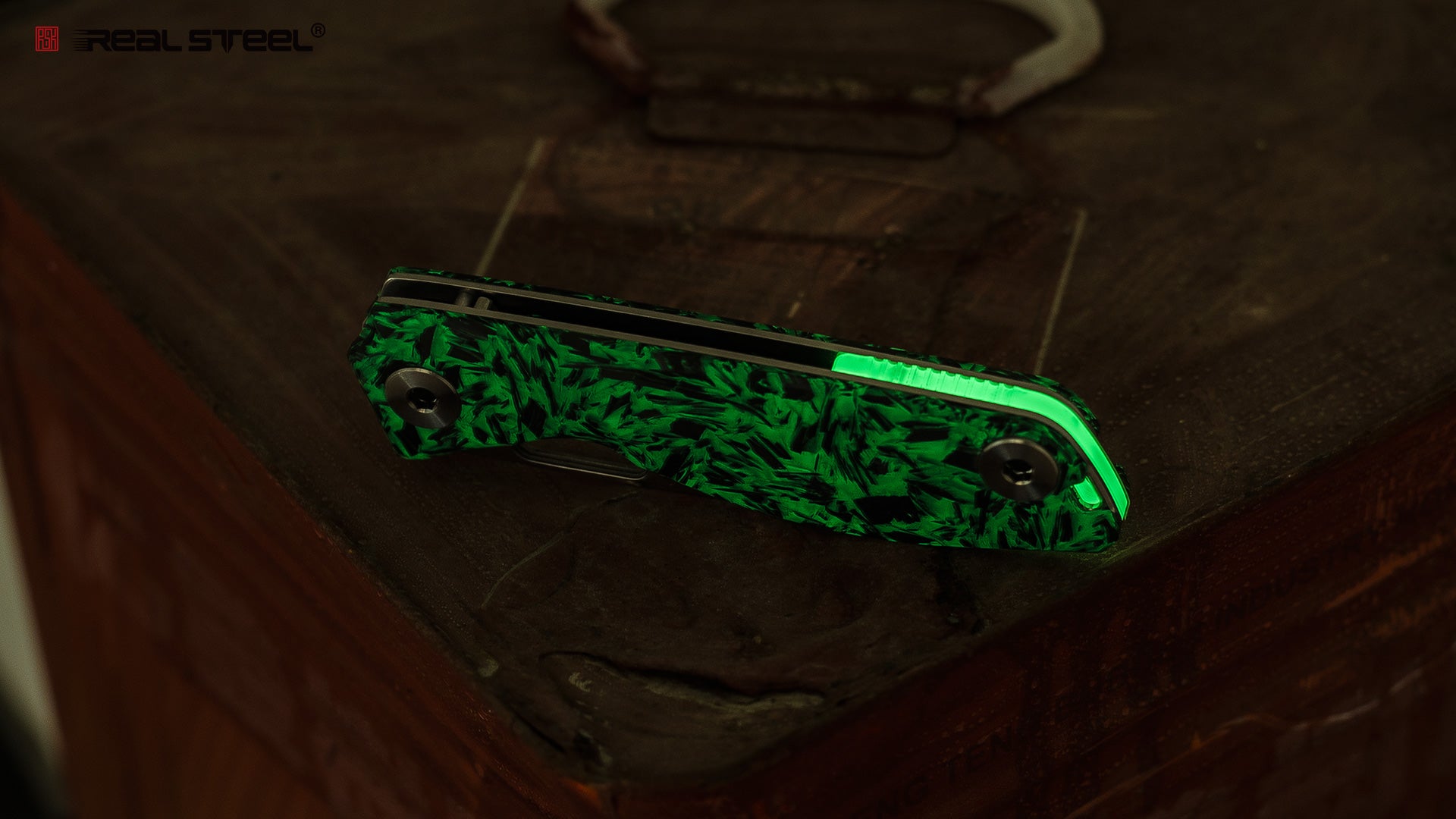 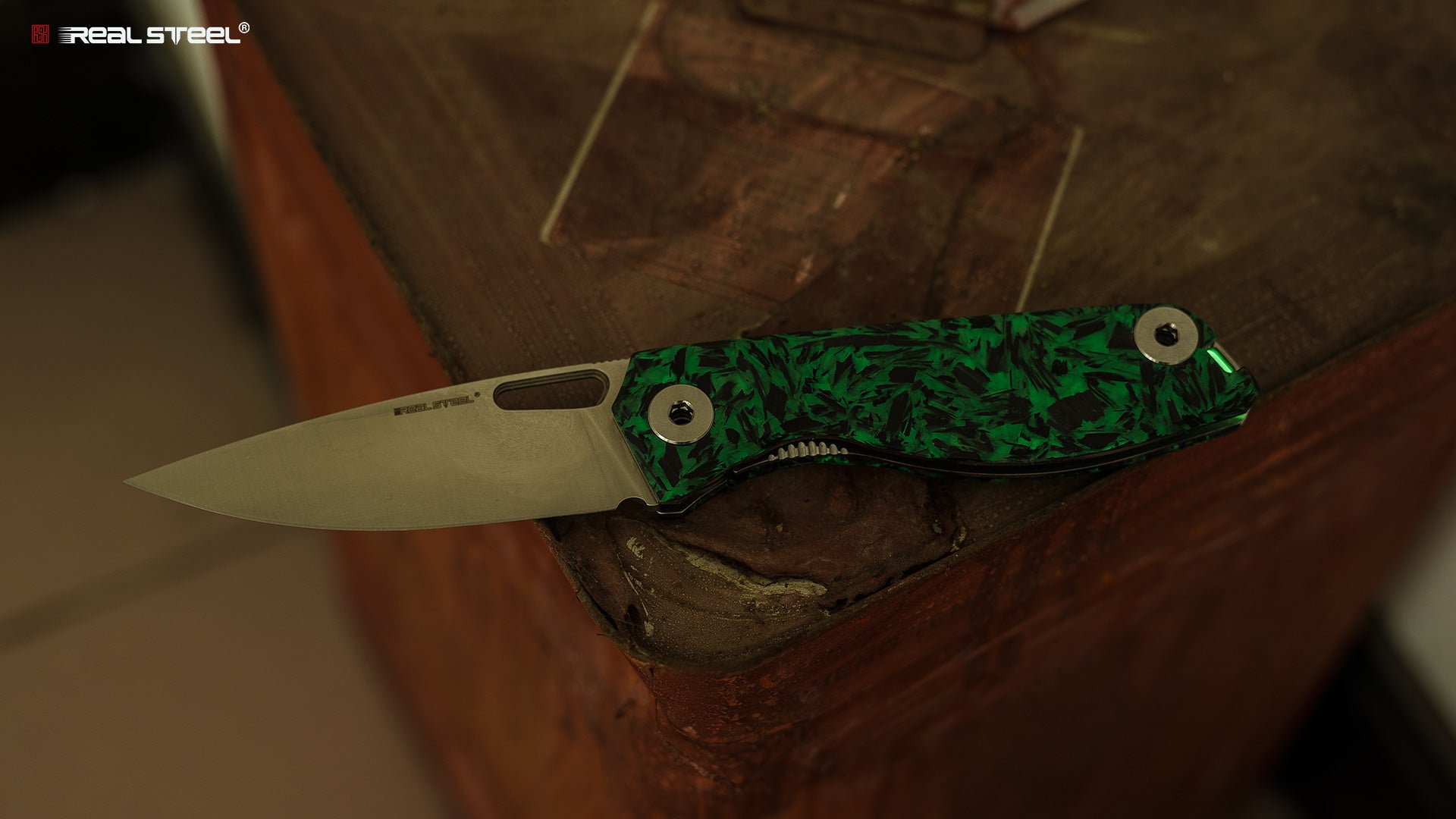 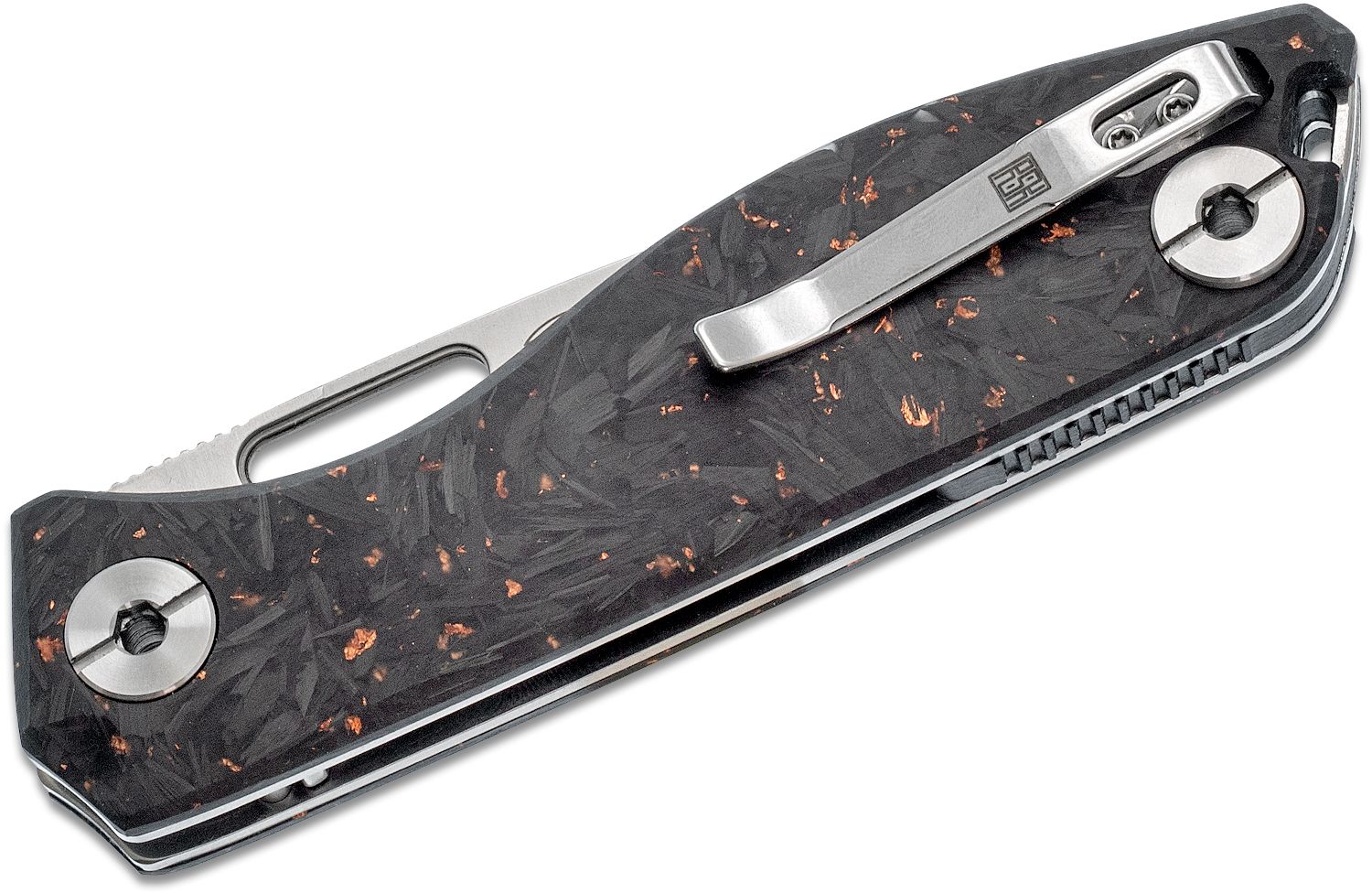 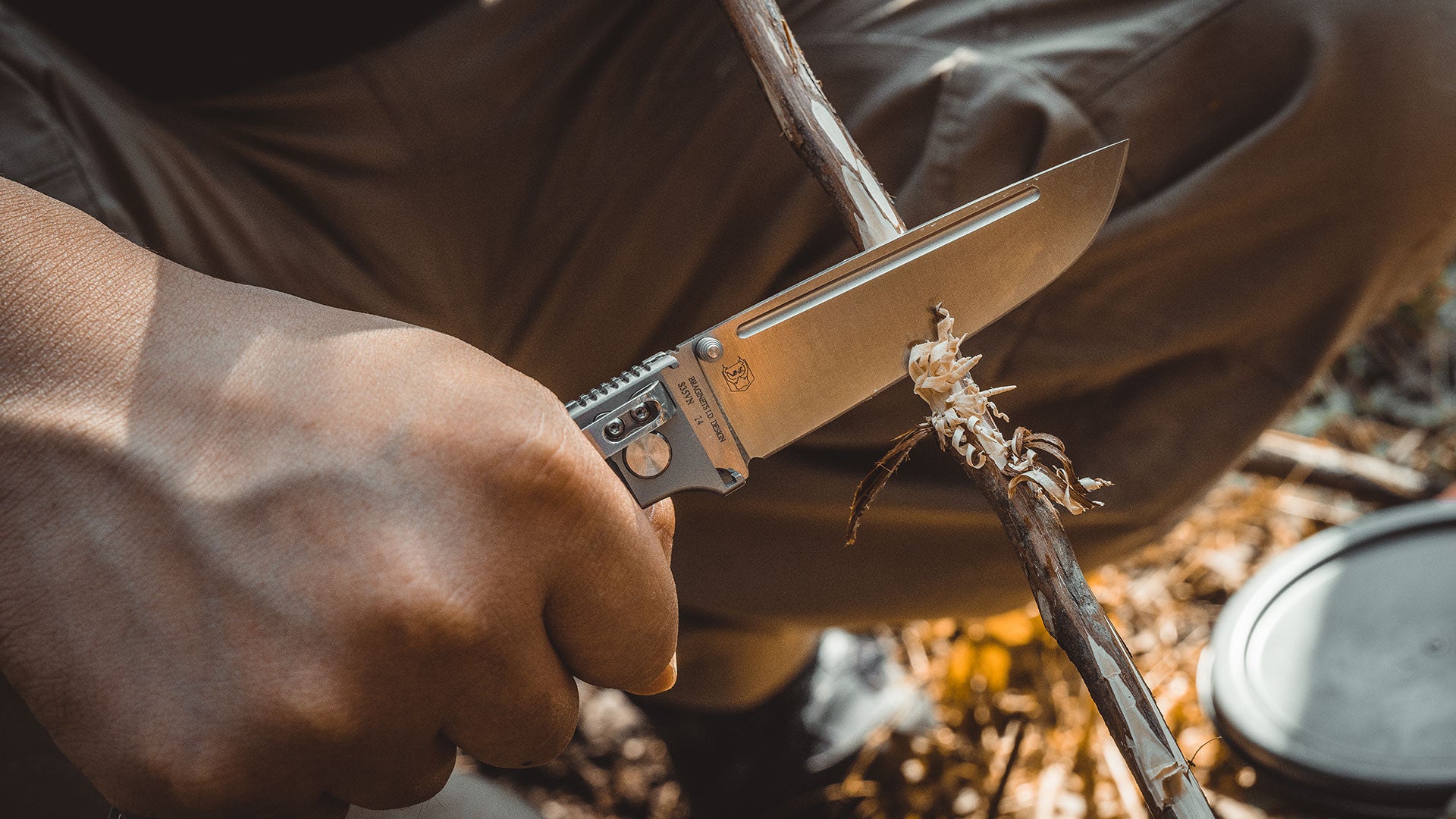 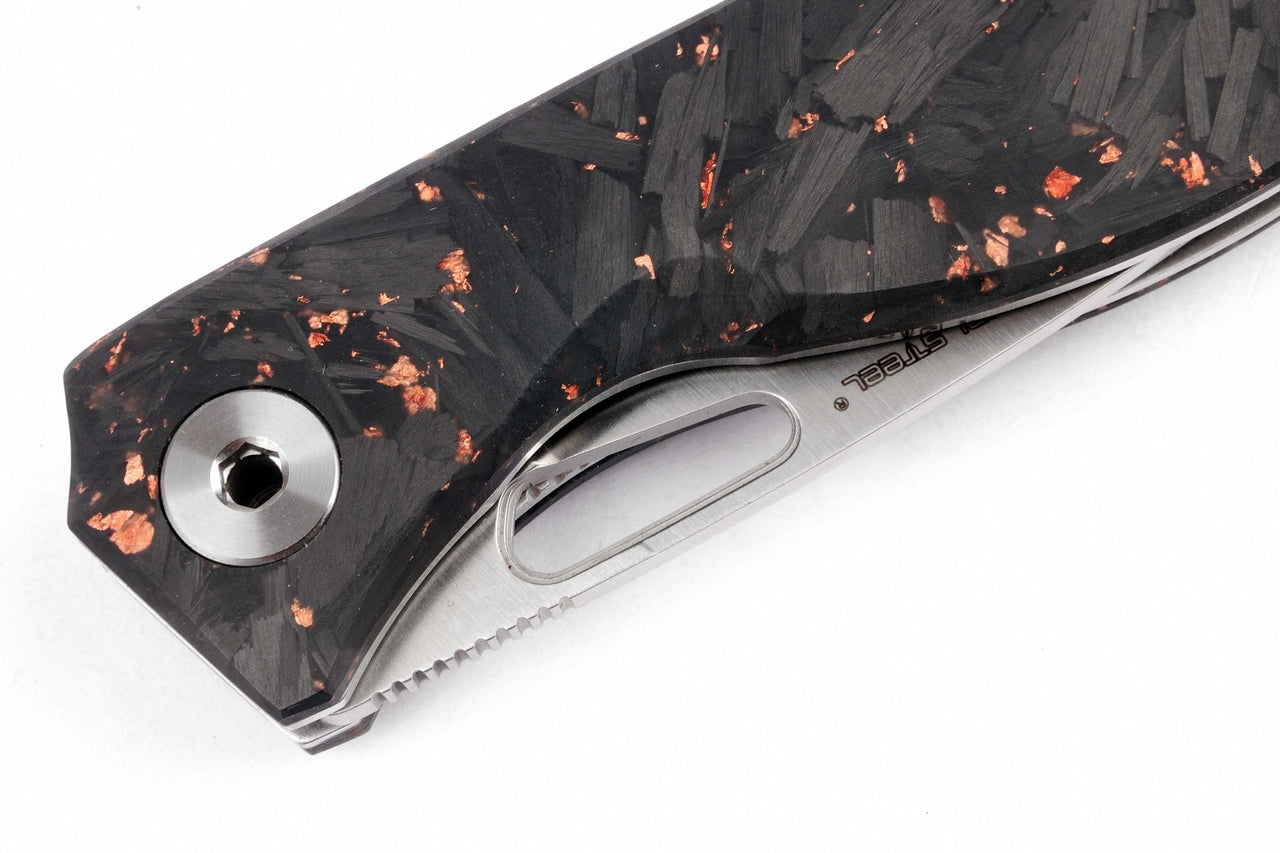 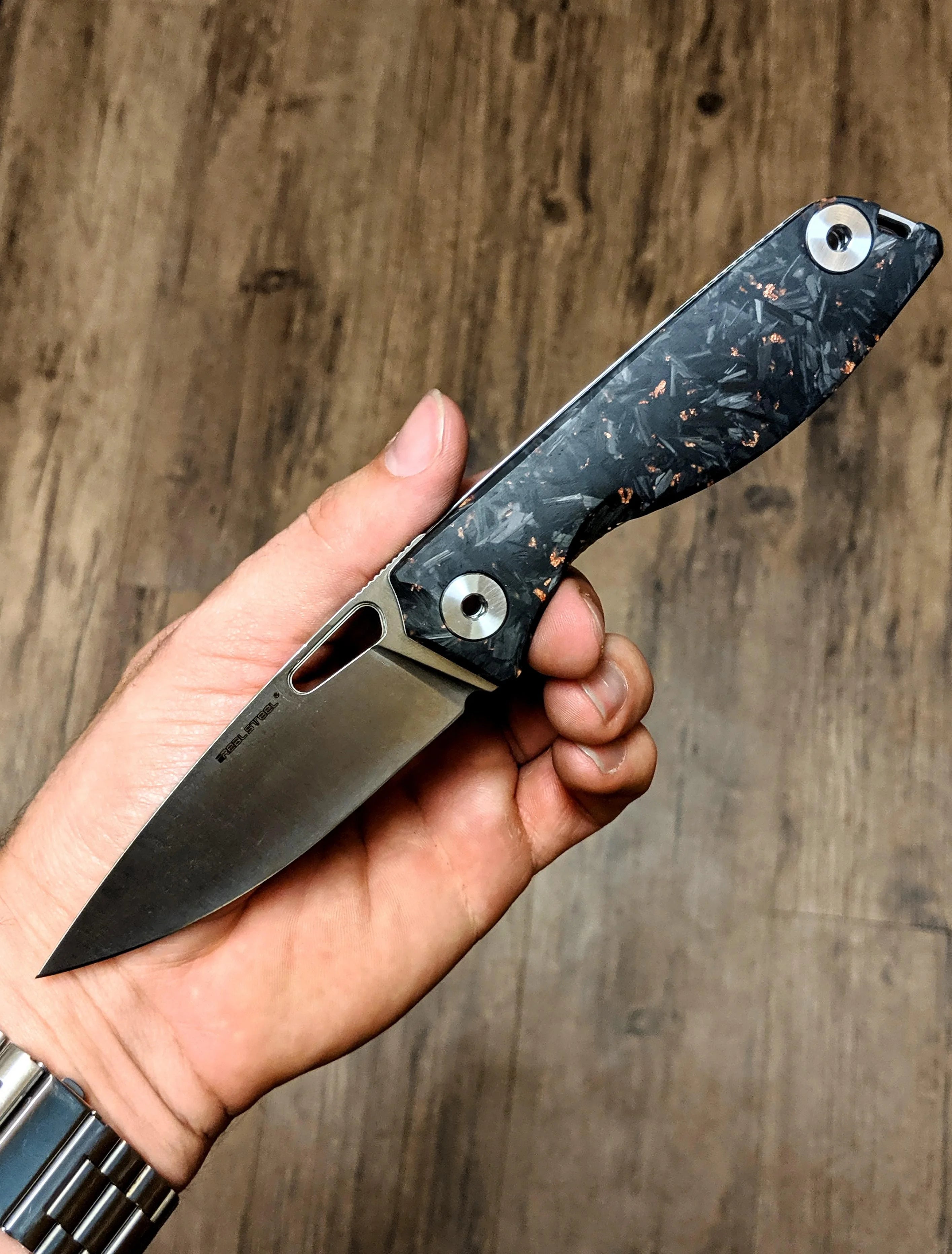 Similar in aesthetic appeal to the Terra the Sidus boasts subtly different ergonomics. Cutouts to the handle of the Sidus allow for a stronger hold, while Poltergeist works standard double torx screws were again fitted for an extremely sleek yet refined finish. The spine of the handle is flat and more aggressive than the Terra which leads straight down into its awesome PVD coated D2 blade. This is complimented with an elongated backspcaer as also seen on the Terra which does away with the standoff seem on Jakubs 3001 Precision. Like the Terra, a typical Poltergeist works styled opening hole has been cut out with three chamfered inner layers which giving great purchase on the users thumb or middle finger to open this bad boy in a split second. Going further than this the whole handle has been chamfered along the sides to which give the knife a more harmonious feel, which is further accented by the black G10 and PVD coating the blade.