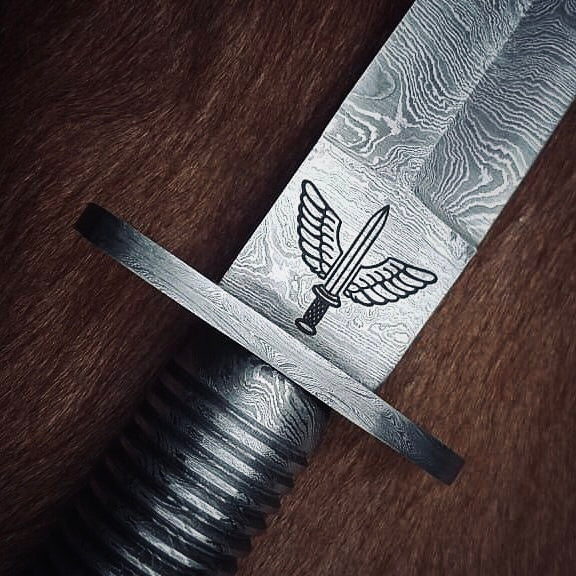 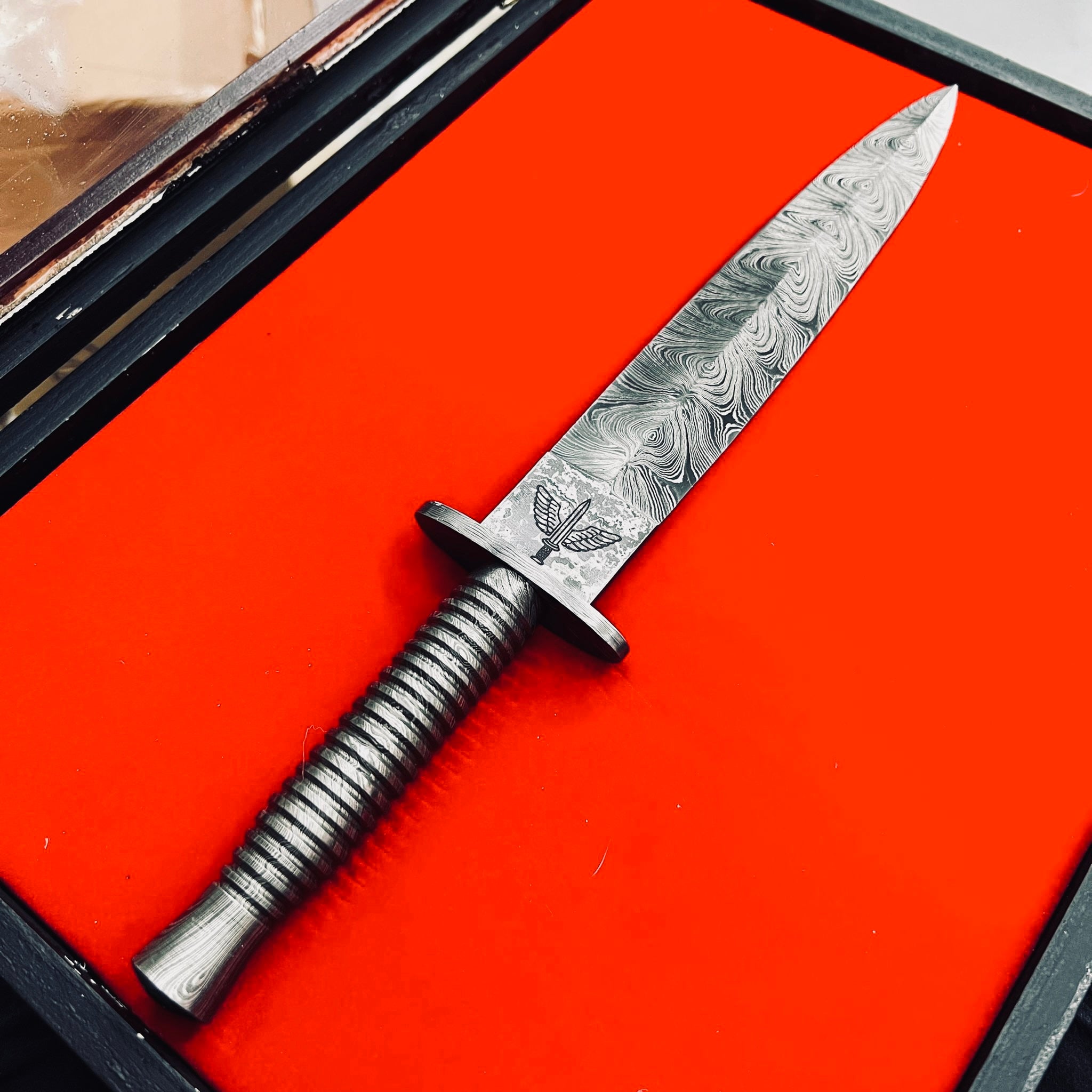 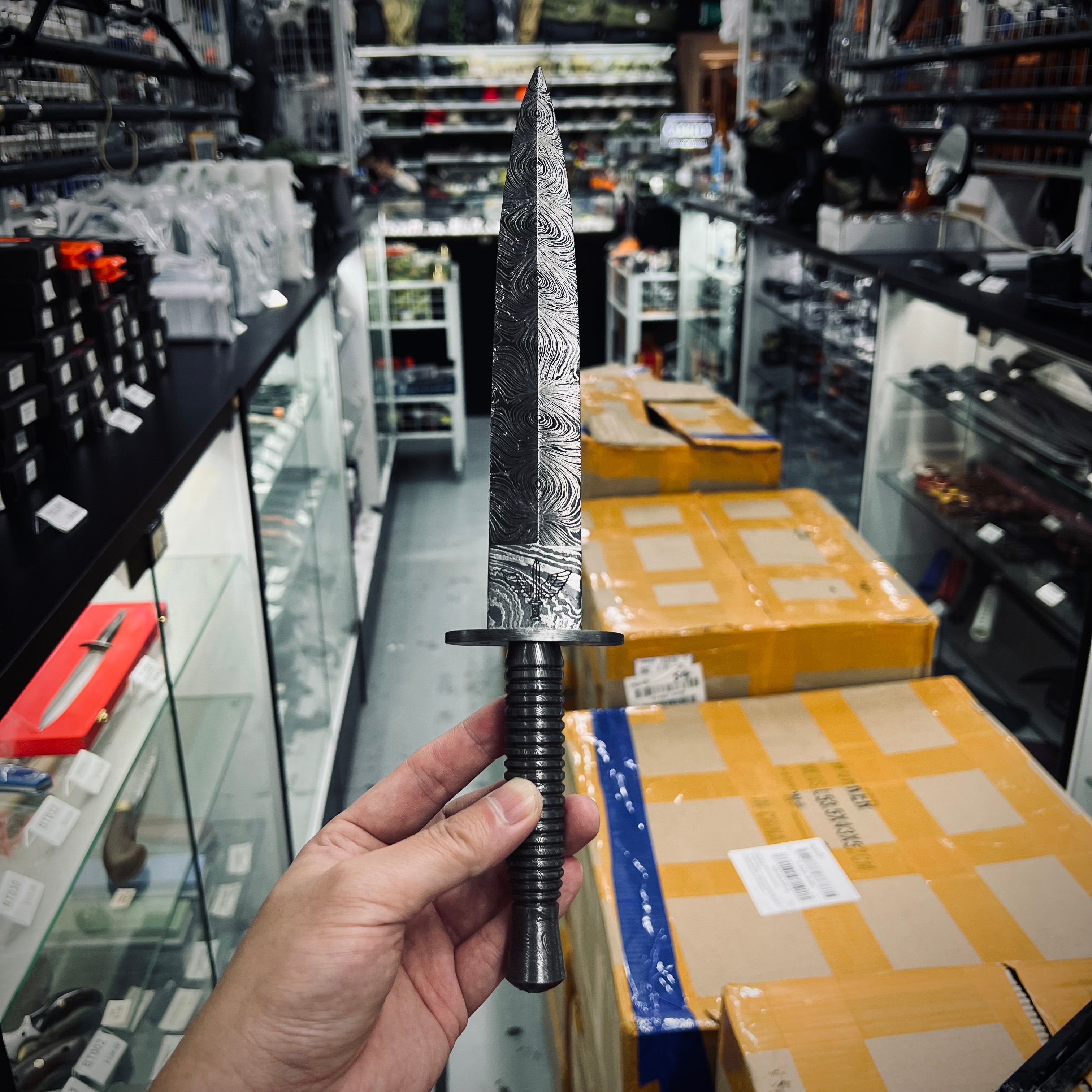 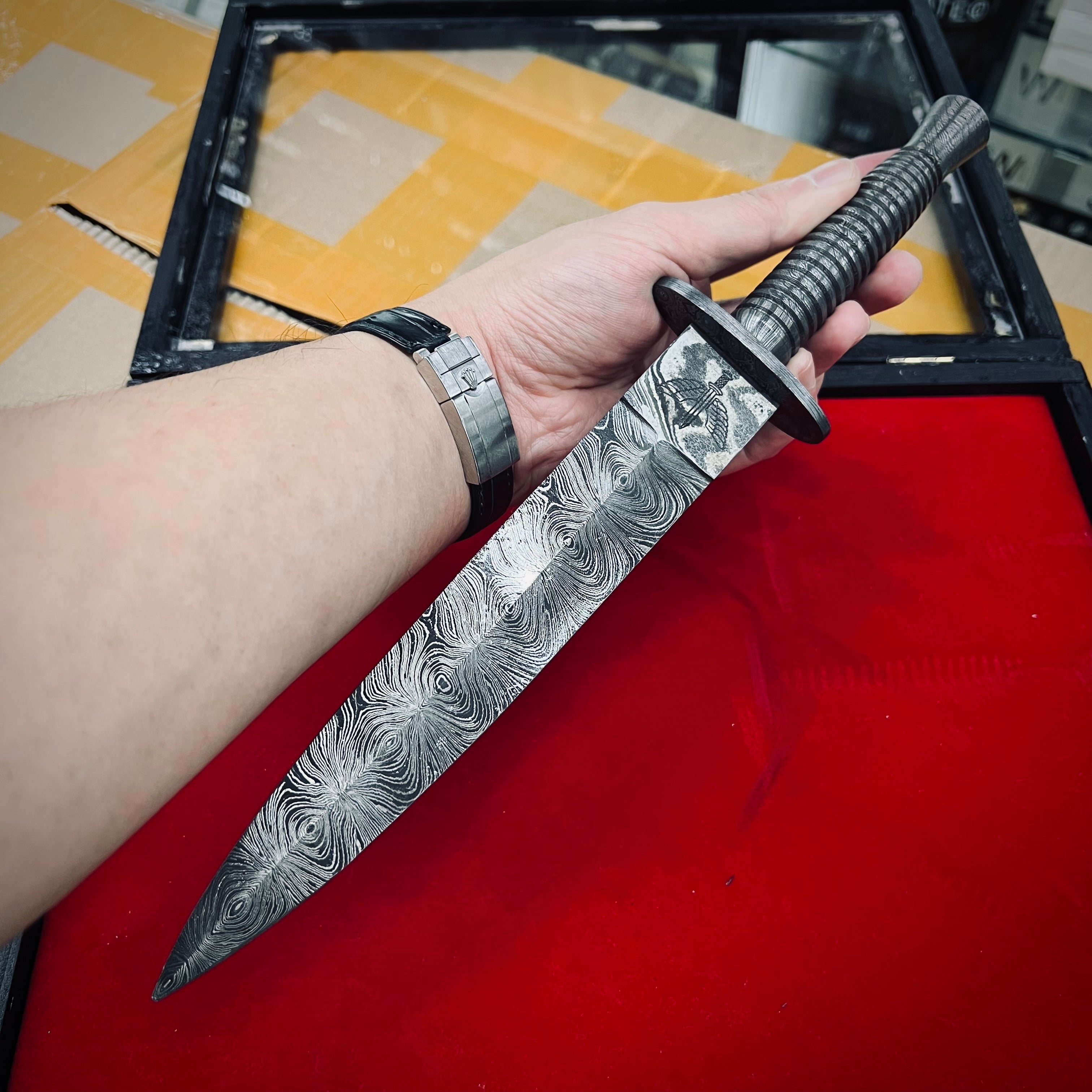 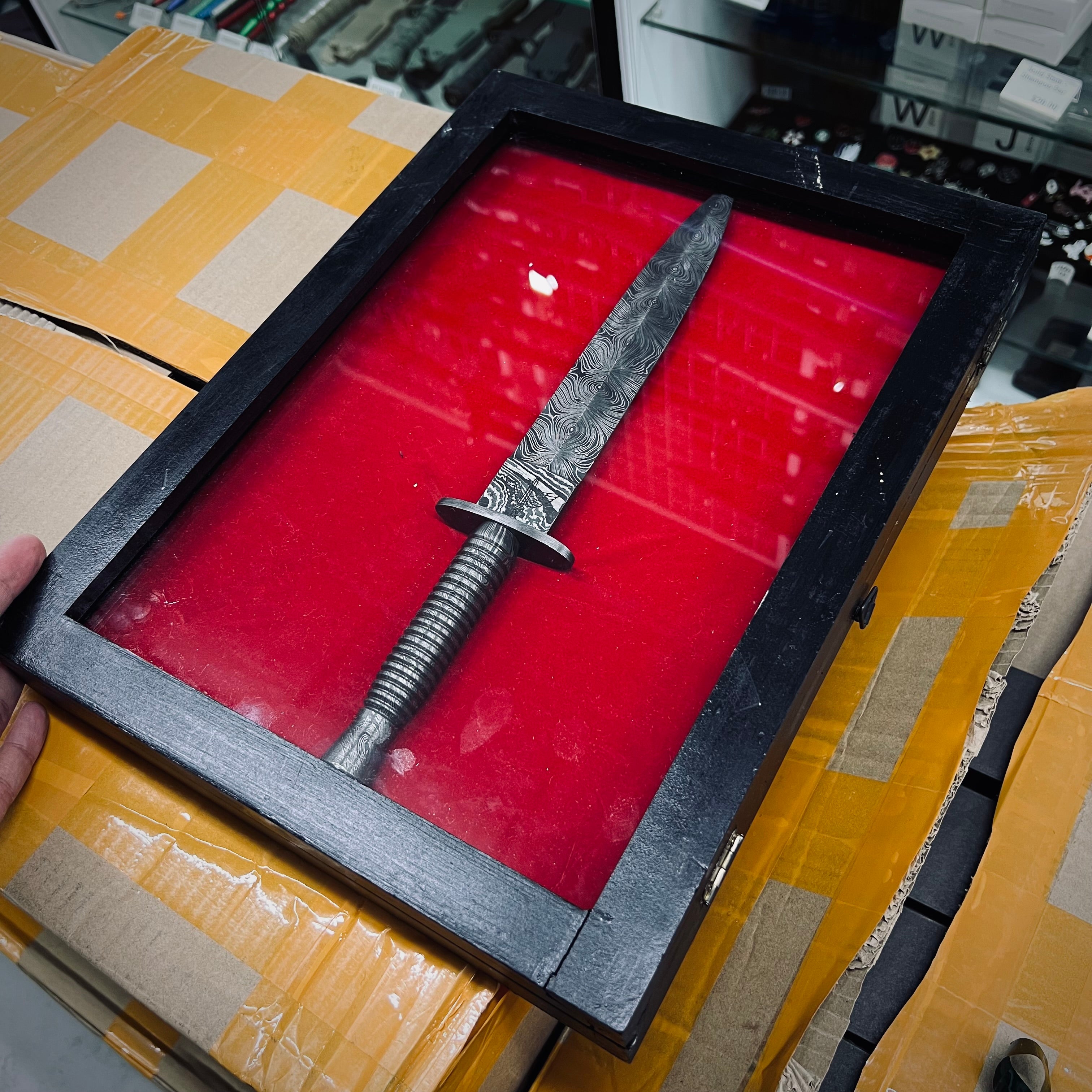 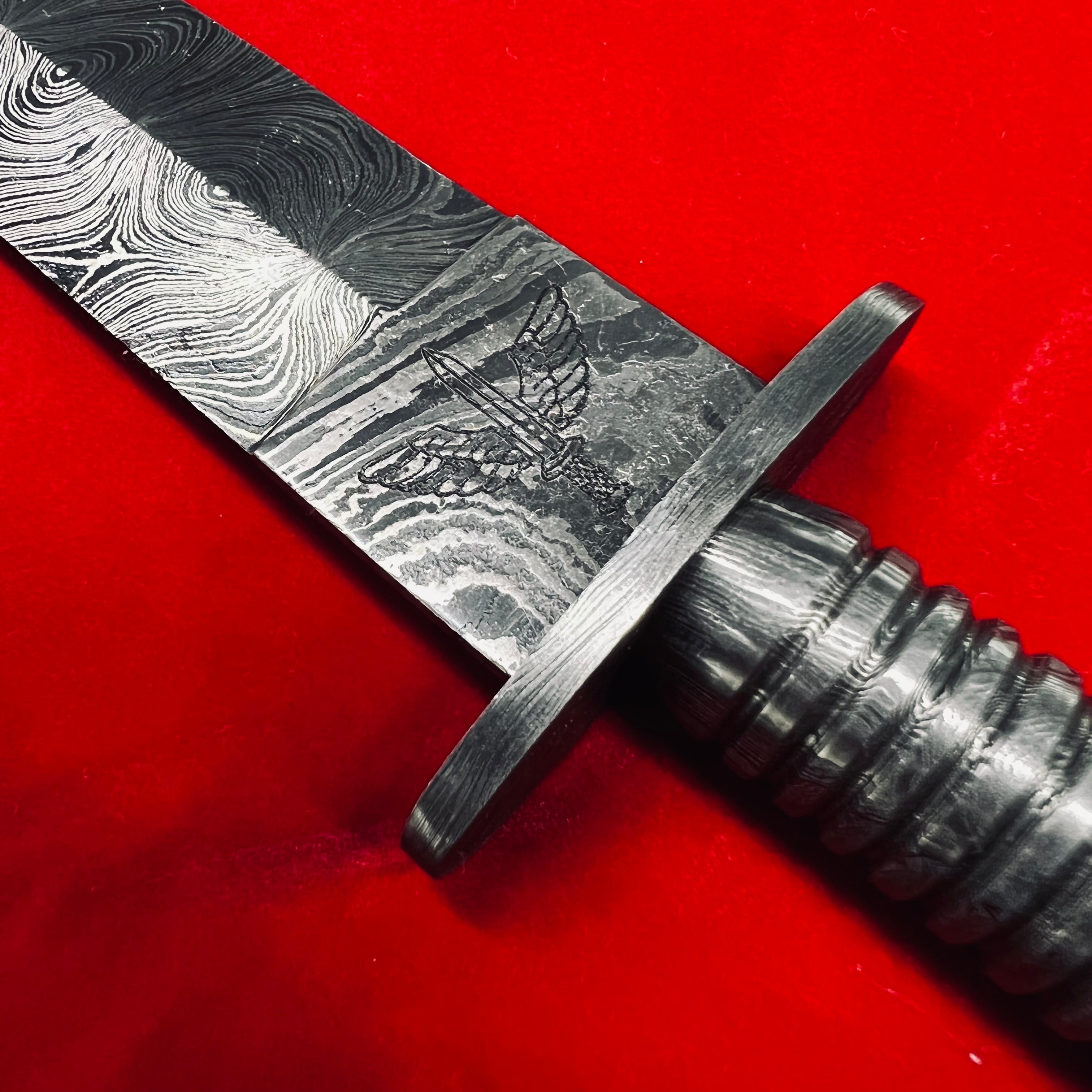 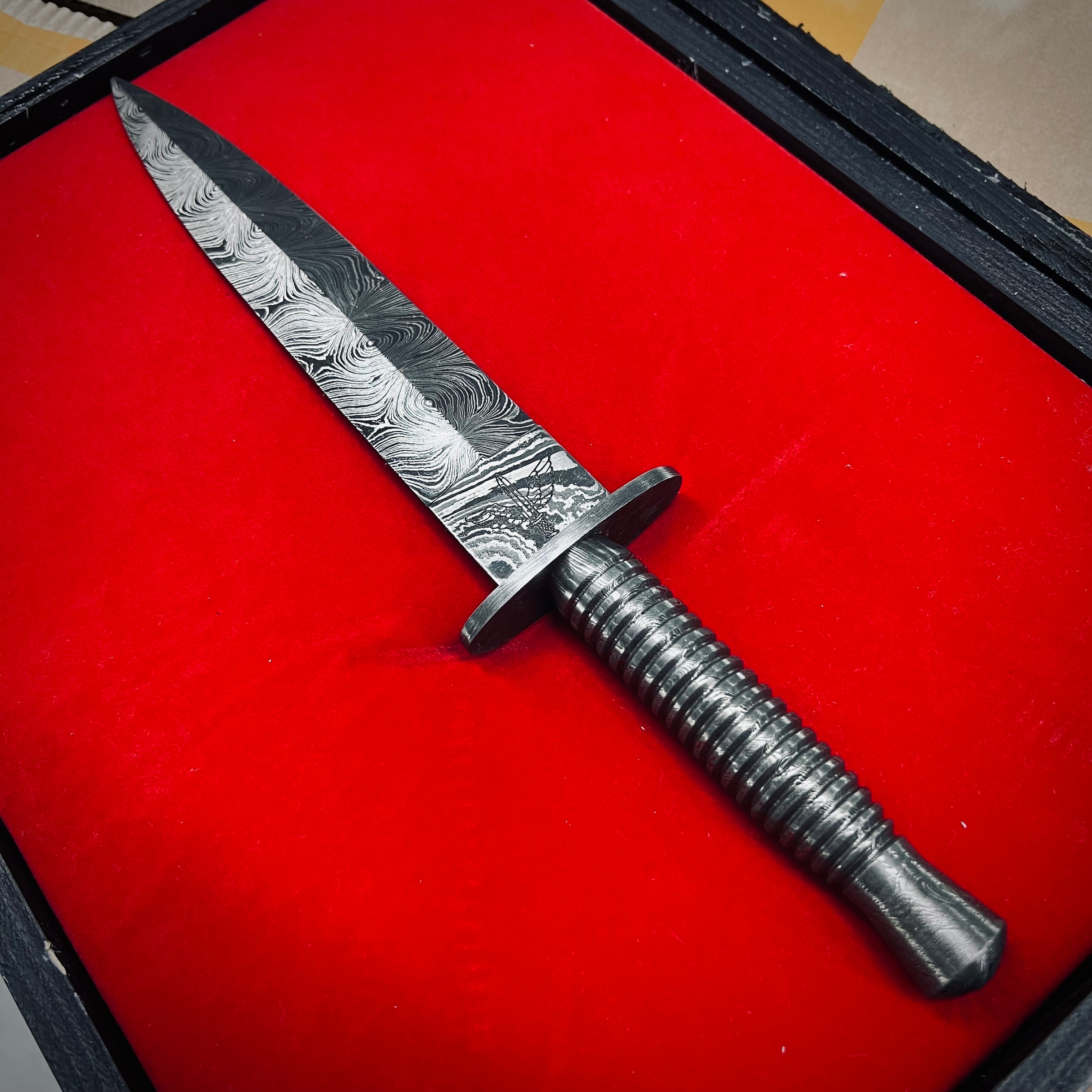 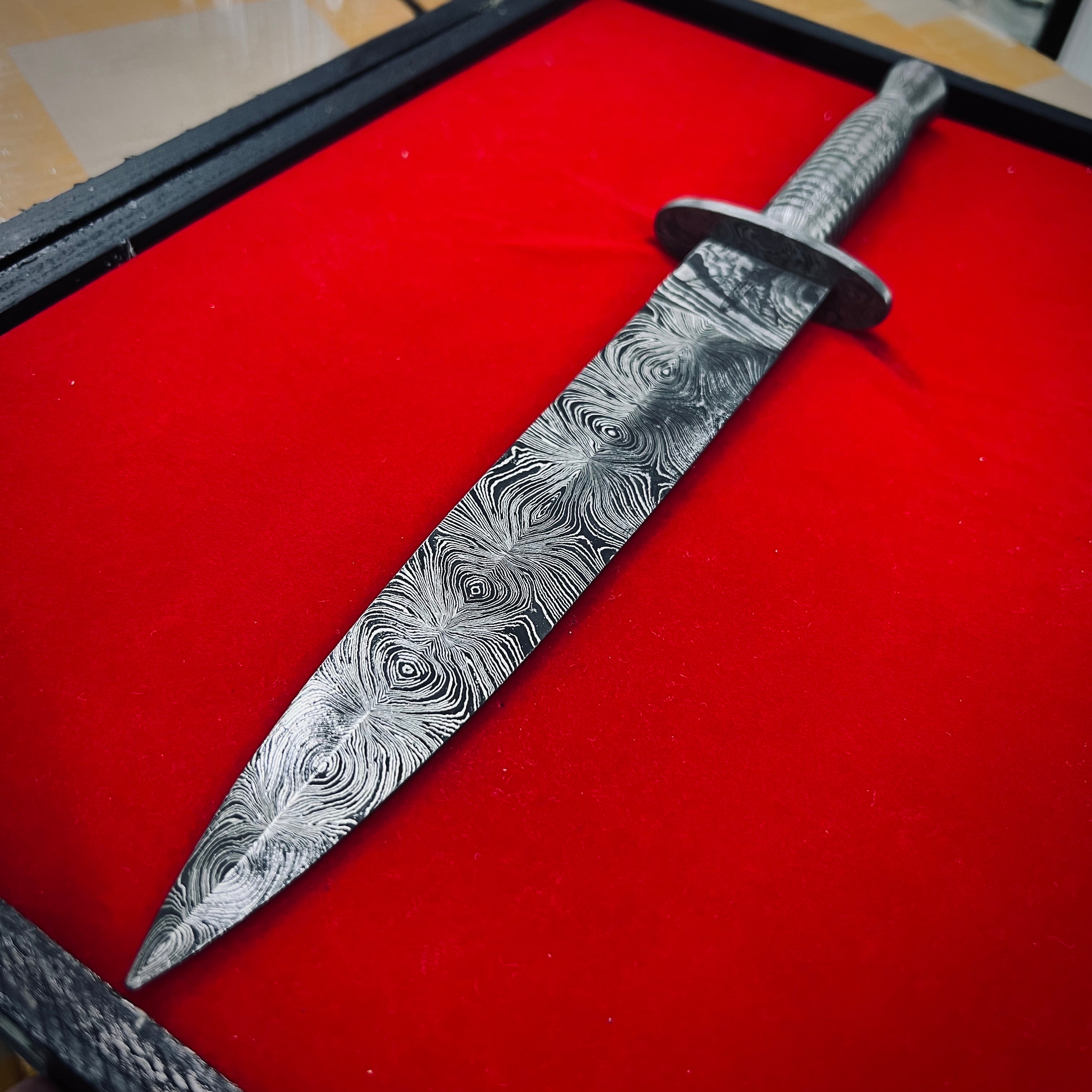 Damascus steel was the forged steel of the blades of swords smithed in the Near East from ingots of Wootz steel[1] either imported from Southern India or made in production centres in Sri Lanka,[2] or Khorasan, Iran.[3] These swords are characterized by distinctive patterns of banding and mottling reminiscent of flowing water, sometimes in a "ladder" or "rose" pattern. Such blades were reputed to be tough, resistant to shattering, and capable of being honed to a sharp, resilient edge.[4]

The reputation and history of Damascus steel has given rise to many legends, such as the ability to cut through a rifle barrel or to cut a hair falling across the blade, though the accuracy of these legends is not reflected by the extant examples of patterned crucible steel swords which are often tempered in such a way as to retain a bend after being flexed past their elastic limit.[13] A research team in Germany published a report in 2006 revealing nanowires and carbon nanotubes in a blade forged from Damascus steel,[14][15][16] although John Verhoeven of Iowa State University in Ames, suggests the research team which reported nanowires in crucible steel was seeing cementite, which can itself exist as rods, so there might not be any carbon nanotubes in the rod-like structure.[17] Although many types of modern steel outperform ancient Damascus alloys, chemical reactions in the production process made the blades extraordinary for their time, as Damascus steel was superplastic and very hard at the same time. During the smelting process to obtain Wootz steel ingots, woody biomass and leaves are known to have been used as carburizing additives along with certain specific types of iron rich in microalloying elements. These ingots would then be further forged and worked into Damascus steel blades. Research now shows that carbon nanotubes can be derived from plant fibers,[18] suggesting how the nanotubes were formed in the steel. Some experts expect to discover such nanotubes in more relics as they are analyzed more closely.[15] Wootz was also mentioned to have been made out of a co-fusion process using "shaburqan " (hard steel, likely white cast iron) and "narmahan" (soft steel) by Biruni,[19] both of which were forms of either high and low carbon bloomery iron, or low carbon bloom with cast iron.[20] In such a crucible recipe, no added plant material is necessary to provide the required carbon content, and as such any nanowires of cementite or carbon nanotubes would not have been the result of plant fibres.

Surplus a few pcs for sale to old commandos who know what this steel is all about.

Free Basic Display box made of wood and acrylic, you can get a better box custom made seperately.

Blunted for Display only. Please do not Sharpen it, its not allowed.

As it is Damascus, please keep it clean and oiled, do not dry out the oil and put on display.